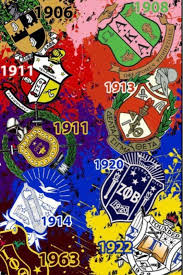 The stated purpose and mission of the organization in 1930 was “Unanimity of thought and action as far as possible in the conduct of Greek letter collegiate fraternities and sororities, and to consider problems of mutual interest to its member organizations.” Early in 1937, the organization was incorporated under the laws of the State of Illinois and became known as “The National Pan-Hellenic Council, Incorporated.”

The purpose of the National Pan-Hellenic Council of Clayton-Henry is to foster cooperation among its member organizations, focusing on matters of mutual concern, working together to improve the greater South Metro community development and to use its collective influence to promote the general welfare of men, women, and children in the greater South Metro Atlanta geographic area.​

The National Pan-Hellenic Council of Clayton-Henry participates in social welfare activities to promote the general well being of the community in which it exists, including but not limited to, providing educational scholarships, encouraging civic engagement, promoting health and promoting personal development and growth. ​